The sign test is a non-parametric statistical procedure for determining whether there are differences in the central tendency of two dependent groups (paired samples). The test examines the same objects twice, whereby the measurements can take place at different times or involve two different forms of treatments (e.g. medications A and B). The dependent variable should be at least ordinal scaled. Because normal distribution is not a prerequisite, the sign test can be used in cases where the normal distribution prerequisite of interval scaled dependent variables is excessively violated and where carrying out a t-test for paired samples is not possible.

This chapter explains in detail the procedure of the sign test based on the following question:

Are there differences in the depression scores of patients before and six months after treatment begins?

The literature summarizes the procedure of the sign test in three steps, which are described in the following section.

The question is examined by means of a dataset with data of 24 patients suffering from depression. The answer to the question can be found with the help of a model, which in this case looks as follows:

This section explains how to calculate the test statistic. Table 1 shows the example dataset:

The calculation of the test statistic is based on the differences in paired samples, which are shown in Table 2:

The sign test uses the number of positive differences in paired samples as the test statistic (in the case of the example data, this value is 2).

This section examines the significance of the test statistic by means of a binomial test. The separation value when using the sign test is always .500.

For this example, SPSS produces a p-value of .000 (see Chapter 3: “Sign test with SPSS”). Because this value is smaller than the significance level of .050, it can be assumed that the central tendency of the two measurement times differs significantly.

3.1 For older SPSS versions (up to SPSS 18) or the “Legacy Dialogs” in the newer versions

SPSS produces the following figures when performing the sign test: 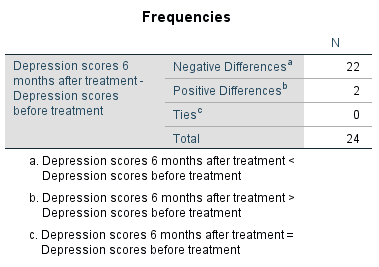 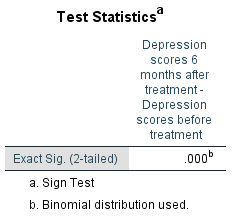 Figure 3 shows the test statistic and the p-value, which is smaller than the significance level of .050. It can therefore be assumed that the “Depression scores” of patients are significantly smaller six months after treatment began than they were before. 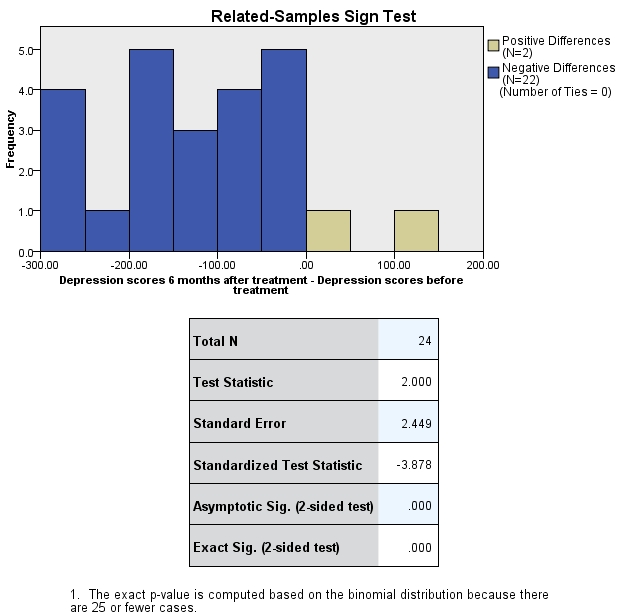 Figure 4 shows the “Model viewer” of the sign test, which in the newer SPSS versions can be opened with a double-click on “Summary of hypothesis testing.”